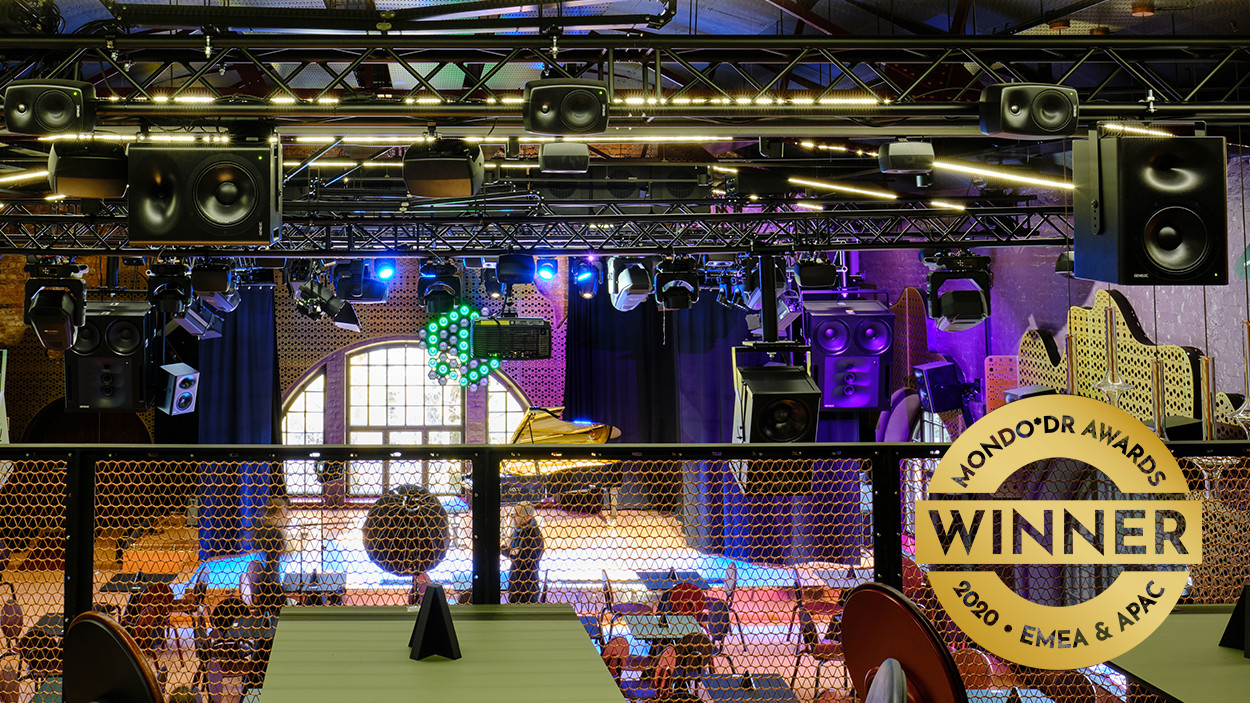 Now in their fourth year, the Mondo•DR awards recognise and celebrate the best installation projects from around the globe. So we are thrilled to announce that G Livelab in Tampere, Finland, was judged the winner in the Concert Hall category.

The quality in this category was extraordinarily high this year, with the other shortlisted entries being London’s Royal Opera House, the Berlin Philharmonie and the China National Centre for the Performing Arts in Beijing. Anyone was eligible to enter their project – from manufacturers to distributors, installers to lighting designers, architects to acousticians, consultants to venue operators. The project simply needed to be a fixed installation from the entertainment world, with the winners being chosen by a panel of independent judges and previous award winners.

G Livelab in Tampere is run by the Finnish Musicians’ Union, and builds on the huge success of the original G Livelab venue in Helsinki. The new Tampere venue has adopted the same ‘music first’ philosophy as the Helsinki location, resulting in an extraordinary live music experience based on quality programming, modern design, and state-of-the-art Genelec audio systems including the ground-breaking new 4430 Smart IP loudspeaker.

Housed in a striking red brick building which was formerly the boiler house of the Frenckell paper mill in the heart of Tampere, the venue hosts up to 250 people and offers a hugely varied programme including jazz, folk, world music, pop/rock, chamber music, electronic music and more. Akukon Oy designed the acoustics, electroacoustics, lighting, sound, video, communication systems and basic IT structure as well as the rigging systems, as they did for Helsinki, and leading Nordic AV integrator, Bright – another key member of the Helsinki team – brought Akukon’s vision to life.

With over 80 Genelec loudspeakers installed throughout the building, G Livelab represents one of the first music venues to install our new Smart IP loudspeaker technology, with Bright’s Head of Installation, Santtu Sipilä, commenting that “We were astonished by the SPL and sound quality from this size of loudspeaker over PoE. The ability to have everything delivered over just a single cable is every installer’s dream, so I think that Genelec’s Smart IP range will be figuring in a great many of our future designs!”

We’d like to offer our warmest congratulations to everyone at G Livelab, and the team of amazingly talented people who made the project a reality. We are proud to have played a part in its creation!

To find out more about the G Livelab project, please click here

The Genelec Christmas Adventure is here