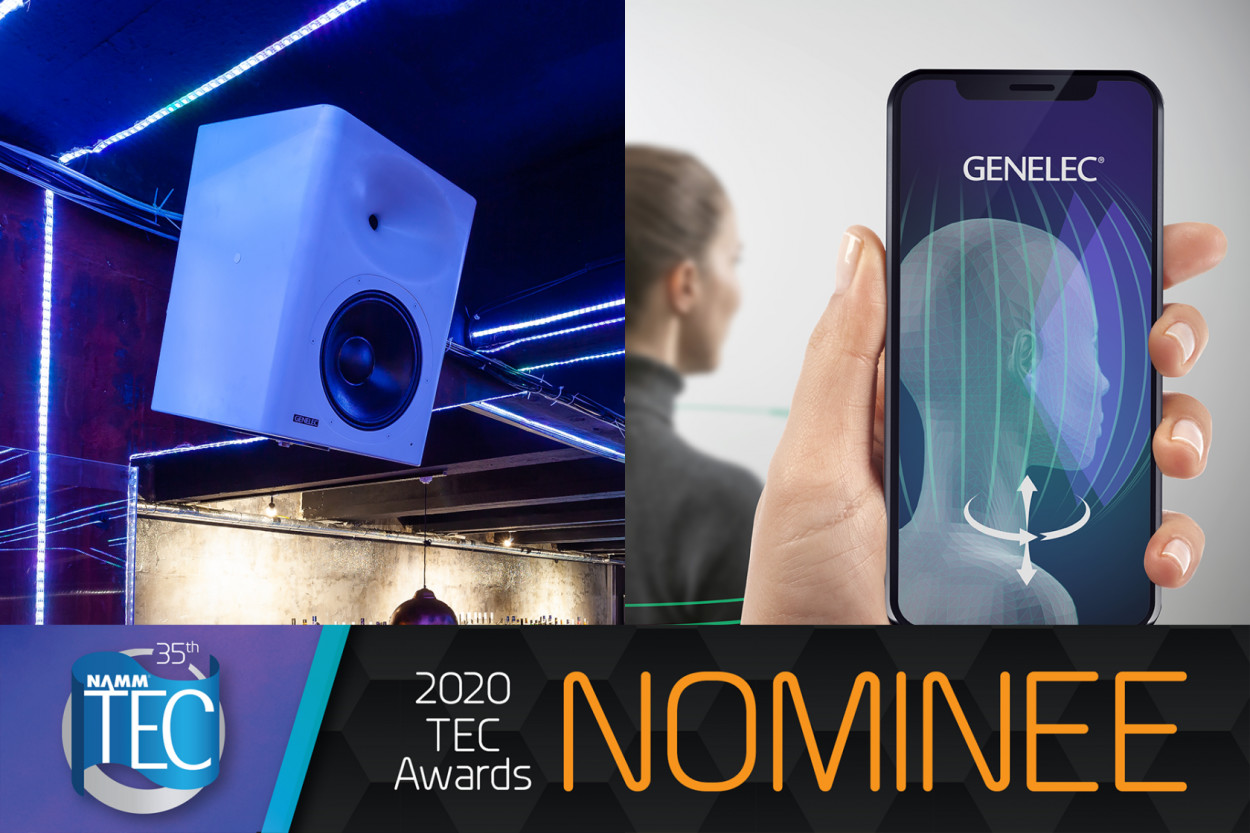 Award winners will be announced Saturday, January 18, 2020, at The NAMM Show in Anaheim, California.

“It is a tremendous honor that our S360 Smart Active Monitors and our Aural ID software technology have been nominated by industry professionals for outstanding technical achievement,” stated Will Eggleston, Genelec Inc. Marketing Director. “It is great to be recognized by our peers for the Genelec organization’s hard work, dedication and innovation, making the S360 and Aural ID a reality.”

Founded in 1985, the Technical Excellence & Creativity Awards is the foremost program recognizing the achievements of audio professionals. Presented annually by the TEC Foundation for Excellence in Audio, the TEC Awards recognizes the individuals, companies and technical innovations behind the sound of recordings, live performances, films, television, video games, and other media. TEC Awards nominations are made by a panel of industry professionals and voted upon by members of various professional organizations and audio industry websites.

View the nominees and places your votes here.

Sustainability at the heart of new Genelec RAW loudspeakers