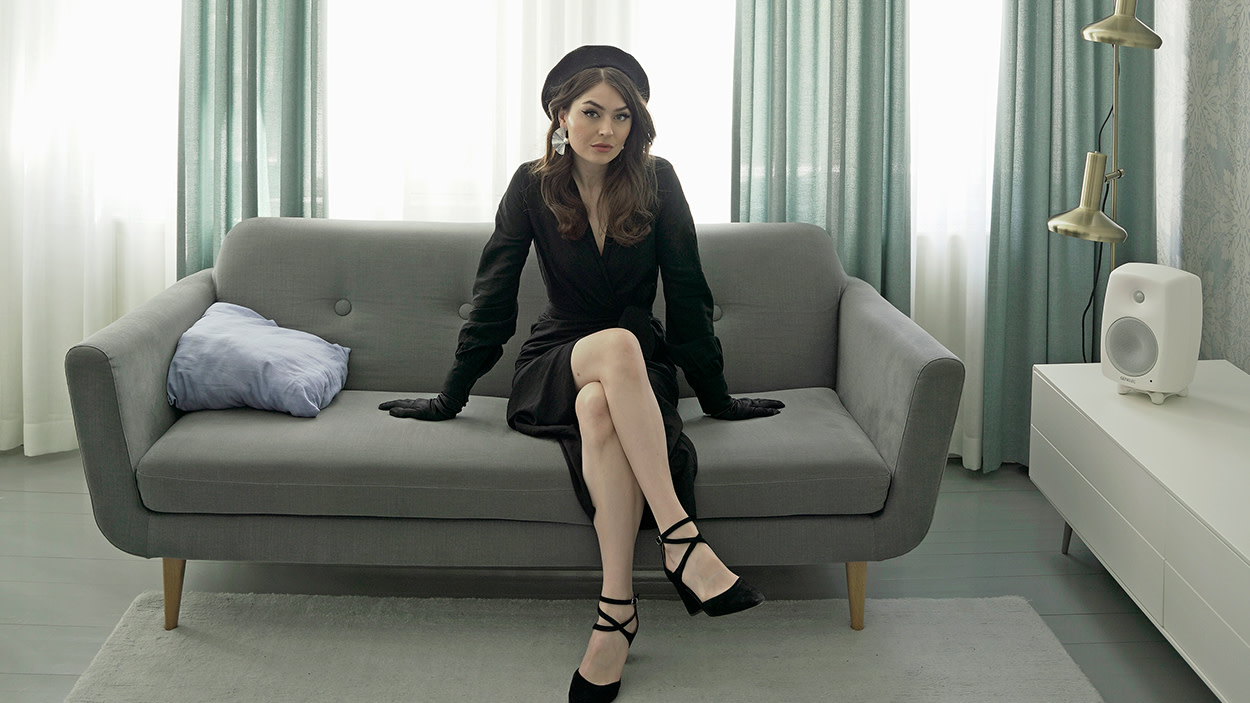 The Genelec Artist Room in Helsinki was alive with anticipation recently, as one of Finland’s most in-demand stars, BEHM, arrived to perform a special acoustic set, including three of her most highly regarded songs: ‘Tivolit’, ‘Lupaan’ and ‘Ethän Tarkoittanut Sitä’. She didn’t disappoint, delivering exceptionally heartfelt performances that were made even more intimate and intense by the modest accompaniment of a single guitar.

BEHM, a.k.a Rita Behm, is described by her record label as “a one-in-a-million success story”, which accurately reflects her unusually rapid rise to fame. In September 2020, with just three years of musical experience under her belt, BEHM erupted onto the Finnish pop scene with her debut single ‘Hei Rakas’. The track scored millions of streams and received generous radio play during its first few months, going on to win the Finnish Music Publishers’ Song of the Year Award.

That success was followed with an unbroken run of number-one singles, extensive airplay and the release of her first album ‘Draaman Kaari Viehättää’. The album earned her a record-equalling seven trophies at the 2020 Emma Gala Awards, the Finnish equivalent of Grammys, and saw her become the only new act among Spotify Finland’s top ten most listened to artists that year. During 2021 and 2022, she released two hugely popular new singles, which tease the impending released of her highly anticipated follow-up album.

One of BEHM’s defining features is her dedication to writing most of her own material and her active role in production. She’s a true believer in following her own vision and sticking with the ‘old-school’ style of creating cohesive albums before going on to select singles. As a result of this approach, the stories within her songs have often struck listeners as being very honest and relatable.

We’re delighted to present BEHM unplugged at the Genelec Artist Room, with a stirring set that will blow you away, even if Finnish isn't your native language!