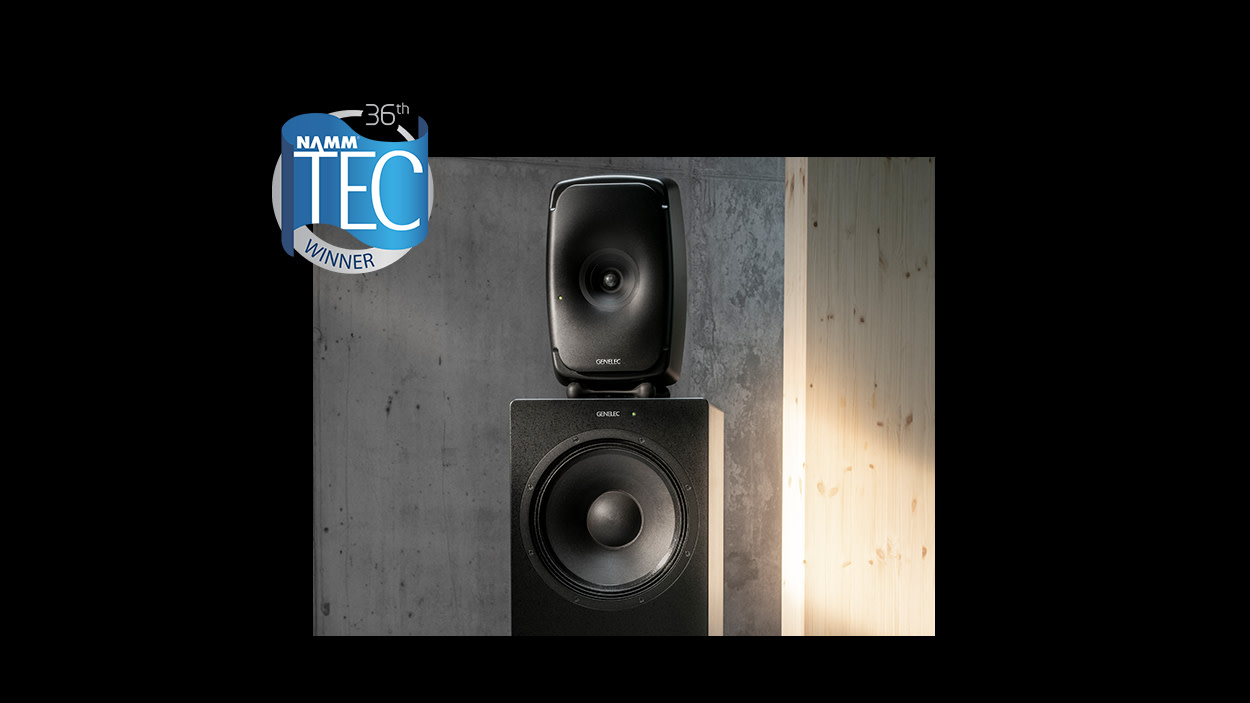 We’re incredibly proud to share the news that our W371A Adaptive Woofer System has won the Studio Monitor category of this year’s NAMM TEC Awards.

Traditionally we’d be in sunny California to attend the live award ceremony, but in light of the pandemic the awards this year were announced during the virtual NAMM show, held in conjunction with Believe in Music Week, the global, online gathering to unite and support the people who bring music to the world.

Presented by The NAMM Foundation, the TEC Awards are hosted annually in celebration of the pro audio community by recognising the individuals, companies and technical innovations behind today’s sound recordings, live performances, films, television, video games and other media.

The awards process began last March with a call for entries, with the shortlisted nominees being announced in September. The voting opened in October to allow professionals in music, sound and game audio to make their choices, with the last votes being cast on December 31st.

The W371A Adaptive Woofer System seamlessly complements our 8341, 8351 and 8361 coaxial models to create a series of free-standing, full-range monitoring solutions with unrivalled neutrality and supreme control of directivity and the effects of room acoustics. The W371A tailors system performance carefully to the room, offering flatter, smoother in-room response with more coherent LF imaging, allowing the user to finally wave goodbye to the detrimental influences of their room on LF reproduction.

Since its launch, the W371 has become an increasingly familiar site in top flight studios around the world, including those of Sylvia Massy, Morten Lindberg, Maxe Axelsson and Mike Elizondo.

As always, we’re extremely grateful to all those who voted for us, and many congratulations to all the other winners!