null The Ones - Step Closer to Perfection 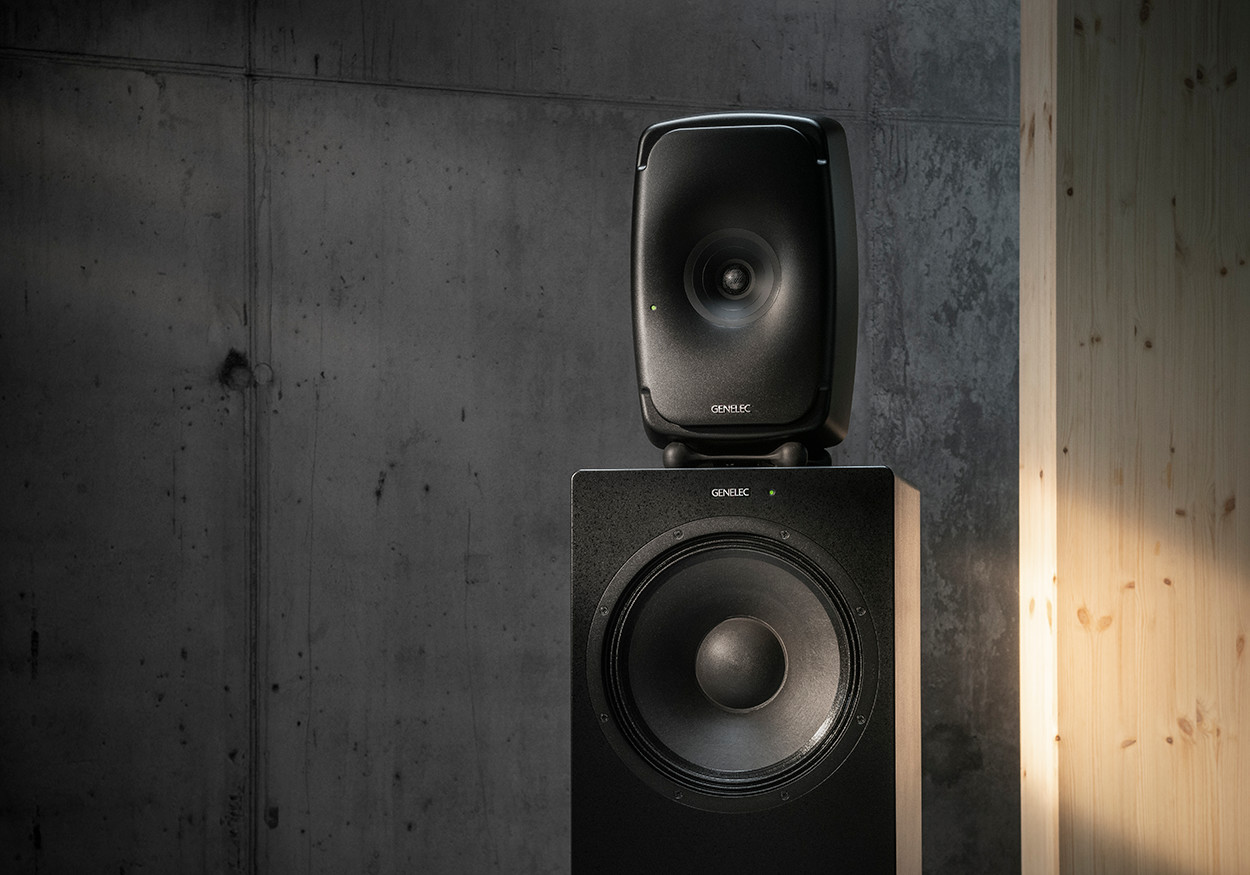 The key capability of a good audio monitoring loudspeaker is the ability to create high quality virtual sound images.

The Ones family introduces several significant advances to audio monitoring design to bring monitoring even closer to representing the full truth - and nothing but the truth - of an audio recording. Where The Ones particularly excel is in creating very solid, high precision virtual sound images. The Ones combine a host of technologies that help to create this high performance.

The Ones are three-way designs where all sound seems to be created at the same point in the monitor, and this ‘point source’ characteristic is one of the keys to achieving such excellent imaging. The Ones use coaxial drivers containing a dome tweeter surrounded by a cone midrange, sandwiched in between two woofers.

The midrange cone shape blends to the front baffle of the enclosure to create continuous curvature, and this curvature has been carefully computer-optimized to make this system a Constant Directivity Waveguide for the mid and high frequencies. In fact, the tweeter design in The Ones is of such high quality that it works linearly far into the ultrasonic range, giving The Ones high resolution capability with controlled directivity - and is the first such design in the pro audio industry.

The woofers radiate through openings in the front edges of the enclosure, and this enables the complete front face of the monitor to be used for controlling directivity. This, then, creates a system where directivity control is efficient and extends to low frequencies. 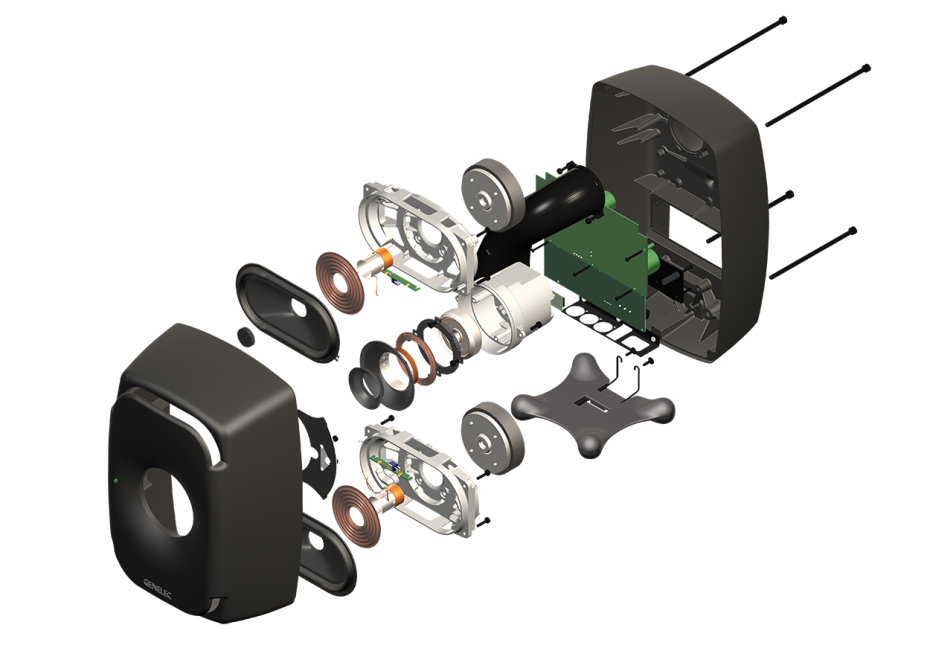 These two woofers effectively work like one giant woofer. The concept is simple: a woofer is split in two and the two halves moved away from each other. When you do this, you increase directivity. When you create just the correct distance between the woofers, this increased directivity matches that of the midrange, extending the controlled directivity to very low frequencies.

Controlled directivity with computer-optimised off-axis frequency responses translates to neutral and clean off-axis sound. While everyone in the monitoring business creates a loudspeaker with flat on-axis response, only The Ones offer such pure, consistent off-axis sound.

Because all sound radiated by The Ones is on the same acoustical axis, there is no crossover colouration when you move off-axis, and this enables many applications, such as use in immersive monitoring systems. The Ones are easy to use in this environment, as movement off the main axis does not suddenly change the sound colour. The colour change is slow and systematic, creating what some call a very wide ‘sweet spot’, defined as the useful working area around the acoustical axis.

The edges of a monitor enclosure radiate sound because of the sudden pressure change that occurs when the sound from the drivers hits this edge. This is called ‘diffraction’, which is like a small copy of the primary sound but happening slightly later. Diffracted sound is unwanted, and it works like a filter, colouring the audio. The Ones enclosure shapes have been computer-optimised to not only achieve high rigidity against enclosure wall vibrations, but also to reduce diffraction, thereby minimising this potential source of change to the original sound colour.

The Ones also use digital signal processing to implement the crossover filter and also to improve the neutral sound character and fidelity in reproducing acoustic waveforms. This signal processing uses floating point arithmetic, and this means that the internal dynamic range of the signal processing is extremely large, creating a highly linear high-resolution signal path for audio. This wide dynamic range and the capacity of The Ones’ internal power amplifiers allows large transients to be handled with ease, resulting in transparent audio, accurate waveforms and uncompressed sound output.

Digital signal processing is also used to align all frequencies, so that all drivers are working in complete synchronisation across the entire frequency range. This is called a ‘constant delay system’ or ‘linear phase system’, whichever term you prefer. Right down to bass frequencies, the delay of The One remains constant, and hence the acoustic waveforms retain their shapes at the acoustic output. Even if science tells us that any variation in delay is not very audible unless the variation is large, this feature makes it easier to use different sizes of The Ones monitors in the same playback system, and also improves the creation of the virtual sound images that I described earlier.

The combination of multiple monitors in a multichannel immersive playback system is also aided by room acoustics calibration, a capability built into The Ones. Our GLM software finds all the monitors in the system, and listens to each monitor at the listening location or in the desired listening area, to determine any room-induced colourations and differences in the arrival time and playback level of audio at the listening location. GLM then calibrates each monitor so that the colourations are reduced or eliminated, and the delays and level of each monitor are set to be the same. This ensures exceptional imaging for real-life monitoring systems.

Lately, a novel new member has joined The Ones family. The W371 is an ‘Adaptive Woofer System’ which complements the 8341, 8351 and 8361 models, bringing high quality bass output to The Ones system performance. In fact, the W371 is two woofers in one, and its very flexible signal processing offers five different ways of creating low frequencies.

A unique feature of the W371 is that the timing and level relationship of low frequency audio fed into the two woofers can be set relatively freely, and the exact way this happens is chosen after listening to the woofers and The Ones main monitors with the GLM measurement microphone at the listening location. The default mode for the W371 is called the ‘complementary mode’, and here each of the two woofers can be selected to reproduce different frequency ranges. This method can avoid some of the acoustic challenges that are created when the W371/The Ones combination is placed free standing in a room. In this situation, reflections from nearby walls can cancel the direct sound, causing significant reductions in level at certain frequencies. These notches in the response cannot be removed by equalisation, because if the audio signal level at the notch is increased, the reflection increases accordingly, and the cancellation notch remains. However, the W371 uses the clever technique of analysing the frequency response of both its woofers at the listening location, and depending on frequency it will always switch to the best performing woofer, to create a flat response irrespective of any acoustic cancellation that the room might try and introduce. 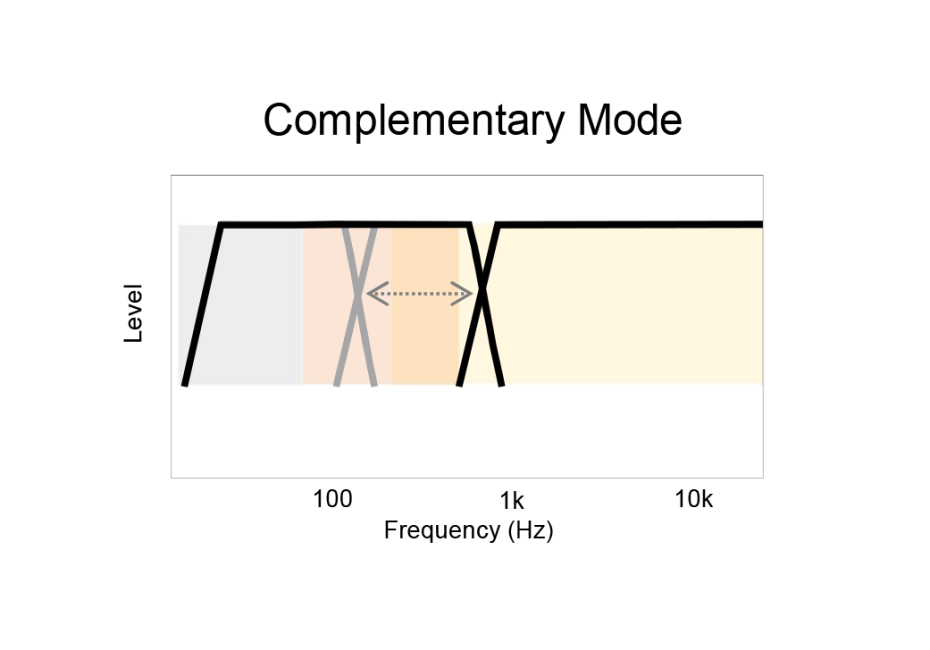 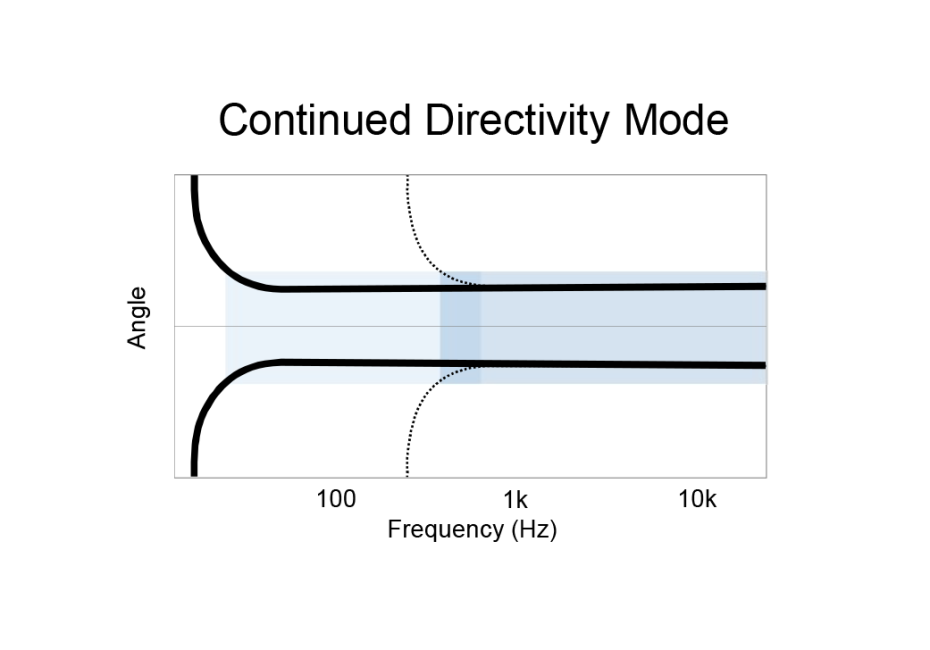 The W371 also compensates for other real-life constraints in the room. Depending on where the speaker system is located, the wall behind or to the side of the system may promote a significant acoustic reflection, and sometimes the floor bounce is detrimental, too. When this happens, the W371’s directivity control can ensure a minimal output, called a null, in that direction. The null direction can be set towards the side wall, rear wall or floor. In doing so, the total acoustic radiation changes, and the acoustical effect of this problematic surface reduces. This mode we call the ‘anti-reflection mode’. 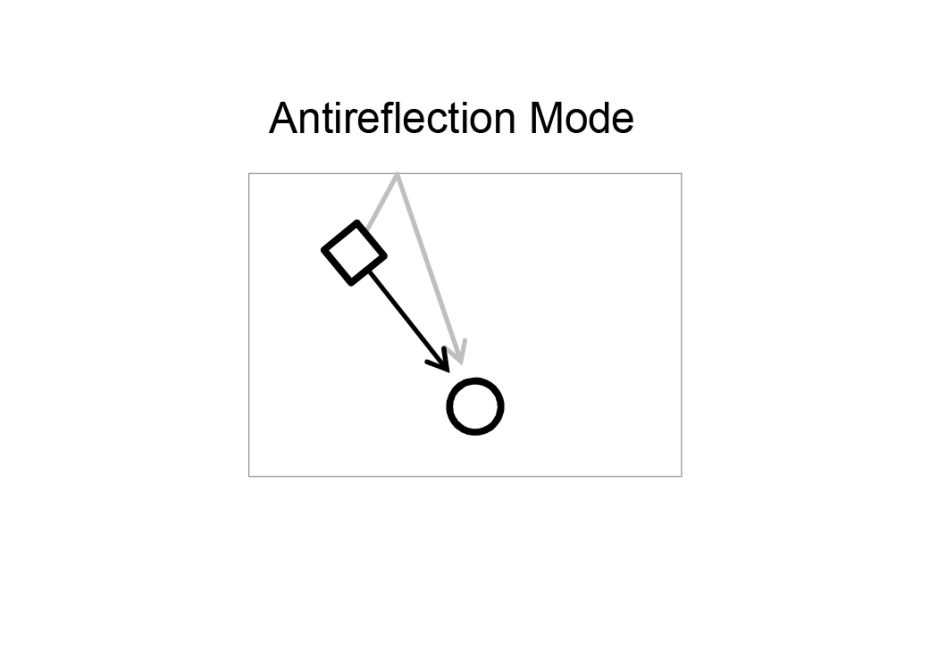 With the new W371, The Ones family now offers excellent full-range solutions that create high accuracy transparent audio reproduction even in acoustically challenging rooms. The W371 also enhances the maximum sound level capacity, enabling The Ones to be used in demanding medium field applications. Because of the unique collection of technologies and advanced acoustic solutions in The Ones and the W371, our coaxial three-way family of products is fast becoming a trusted benchmark in high-quality monitoring around the world. The Ones offer maximum freedom in choosing the orientation and placement of the monitoring system without acoustical compromises, with GLM calibration software delivering the best performance in every situation.