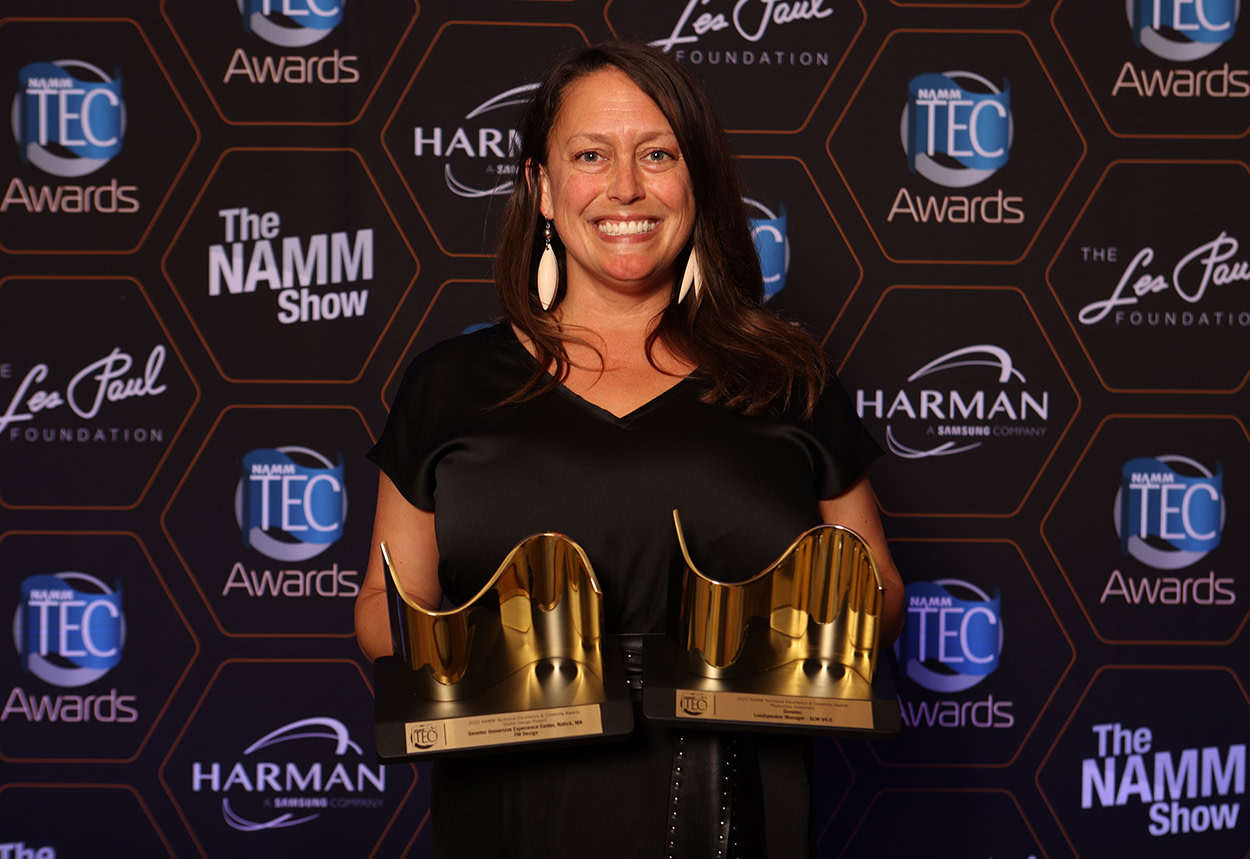 Genelec is proud to announce that it has won awards in the 37th annual NAMM TEC Awards, held Saturday, June 4, 2022, as part of The NAMM Show.

Steffenee Copley, Genelec Western District Sales Manager, accepted both the technical award on behalf of the Genelec team and the creative achievement award on behalf of FM Design and its founder Fran Manzella, who sadly passed away in 2020. The creative achievement award for the Genelec Immersive Experience Center was presented by engineer/producer Sylvia Massy and OP! Miller (Serato artist relations manager), and the technical award for GLM 4.0 was presented by engineer/producer Marcella Araica.

Will Eggleston, Genelec Inc. Marketing Director, stated, “TEC Awards voters were very good to us this year, and we thank them for acknowledging the technical achievement of Genelec GLM version 4 software. Each year, the industry gathers at The NAMM Show to recognize the year’s triumphs, and we are proud to be honored alongside the greats. We also thank the voters for recognizing FM Design and our Genelec Immersive Experience Center in Natick, which we consider one of the finest immersive demo rooms in the Northeast.”

Founded in 1985, the Technical Excellence & Creativity Awards is the foremost program recognizing the achievements of audio professionals. Presented annually by The NAMM Foundation, the TEC Awards recognizes the individuals, companies and technical innovations behind the sound of recordings, live performances, films, television, video games and multi-media. Award categories span 21 Technical Achievement and 7 Creative Achievement Categories. TEC Awards nominations are made by a panel of industry professionals and voted upon by members of various professional organizations and audio industry websites.