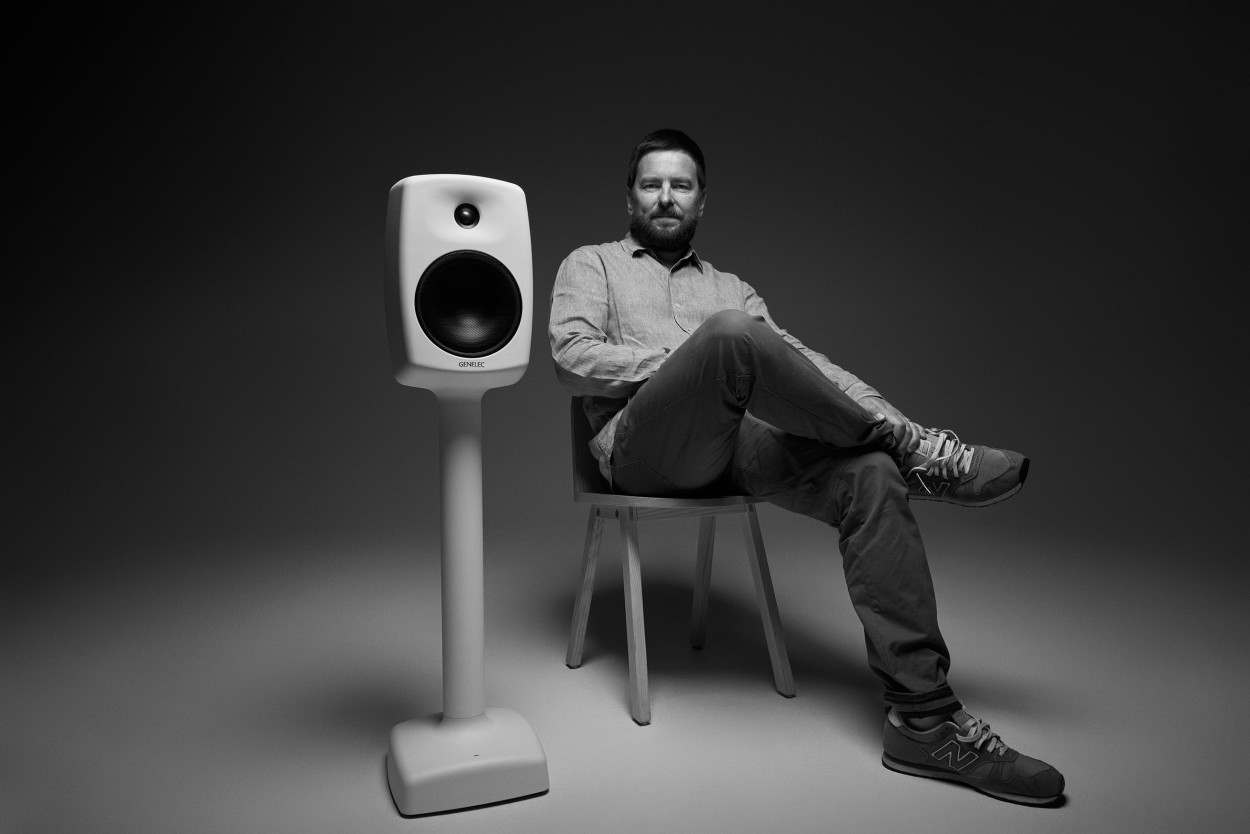 Genelec, the global leader in active loudspeaker design, has unveiled the first model in its new Signature Series with the introduction of the two-way 6040R Smart Active Loudspeaker. Created in conjunction with celebrated Finnish industrial designer Harri Koskinen, the floor-standing 6040R fuses the very best of Finnish technology and design, bringing exceptional performance and beautiful aesthetics to all lovers of high quality audio. Pleasing to the ears as well as the eyes, the 6040R is a loudspeaker that will instantly become the aural and visual centrepiece of any listening environment.

Koskinen’s long association with Genelec began 20 years ago with the introduction of the timeless 6040A model, the first Genelec loudspeaker to feature the distinctive minimalist curves of the Minimum Diffraction Enclosure (MDE) – a cabinet design by Koskinen that now forms the core of much of Genelec’s current loudspeaker range. Fashioned from die-cast aluminium, the MDE meant that the original 6040A produced exceptionally clean acoustic performance, delivered staggeringly wide frequency response from such a compact enclosure, and was free from the resonances that affected more traditional wooden cabinet designs. The MDE also allowed the 6040A to feature Genelec’s now-familiar Directivity Control Waveguide, which produces smooth uncoloured reproduction both on and off-axis, with unrivalled imaging and minimal distortion.

The 20th anniversary of the 6040 launch has given Genelec the opportunity to re-imagine the technology within the 6040 as part of a new Signature Series - a collection of specially cherished loudspeaker models and design collaborations that have marked Genelec’s unique contribution to the world of audio over the last four decades.

Designed and manufactured to the highest environmental standards by Genelec in Iisalmi, Finland, the re-engineered 6040R now features the same LF driver design and proprietary bi-amplified Class D power amplifier technology as Genelec’s professional loudspeaker models. Other refinements include both analogue and digital inputs (supporting AES/EBU and SPDIF formats), a digital output, universal mains voltage and sophisticated onboard DSP to allow each 6040R loudspeaker to be intelligently tuned for any acoustic environment via GLM room calibration software.

Having carefully positioned the 6040R loudspeakers in the room, this close integration of onboard signal processing and GLM software allows the user to enjoy pure, natural playback – even in spaces that were not originally intended for critical listening. The 6040R accomplishes this through GLM 4.1’s new AutoCal 2 room calibration algorithm, which takes advantage of detailed background information of each individual loudspeaker in the system to precisely tailor the performance to the room.

Additionally, the re-imagined 6040R offers increased power output, higher SPL, wide phase linearity, lower power consumption and decades of reliable service. It also partners seamlessly with selected models from Genelec’s range of F Series and Smart Active Subwoofers, and can be used with Genelec wired and wireless volume controllers via either an F Series subwoofer or a GLM network adaptor.

Equipped with a 165 mm (6.5 inch) woofer and 19 mm (0.75 inch) tweeter, each driven independently by twin dedicated 150 W power amplifier stages, the 6040R stands at 999 mm (39.33 inches) high and delivers a frequency response of 43 Hz to 20 kHz with a maximum short term SPL of 110 dB. With the addition of one or two subwoofers, the SPL and frequency response of the system may be further extended.

With active crossovers and sophisticated protection circuitry, the 6040R offers clean, simple installation and only requires feeding with a high-quality audio source to produce exquisitely detailed playback – the kind of exceptionally accurate reproduction that has already made Genelec the loudspeaker of choice for audio professionals working in the worlds of music, film and TV. The visual appeal of the 6040R is enhanced further through the colour options of grey, black, white, black with white grilles and white with black grilles.

“I’m thrilled to be involved in the rebirth of the 6040,” comments designer Harri Koskinen. “When I first met Genelec founder Ilpo Martikainen in 1999, he had a clear vision for creating a unique look that would set Genelec apart aesthetically - and with the 6040A, we designed a loudspeaker that was truly ahead of its time both visually and technically. With the huge advances in technology that have taken place in the last 20 years, it feels right to be raising the bar even higher for today’s sophisticated listener with the 6040R.”

“In addition to the blend of performance and aesthetics that the new 6040R offers, this is a design that is based on our long-term commitment to sustainable manufacturing,” adds Genelec Managing Director Siamäk Naghian. “Fashioned from recycled aluminium and offering low power consumption, the 6040R is designed for a long lifecycle and total reliability, and is produced in our Finnish factory - which is powered entirely from renewable fuels. The 6040R is not only a secure and long term investment, but also an environmentally sound one.” 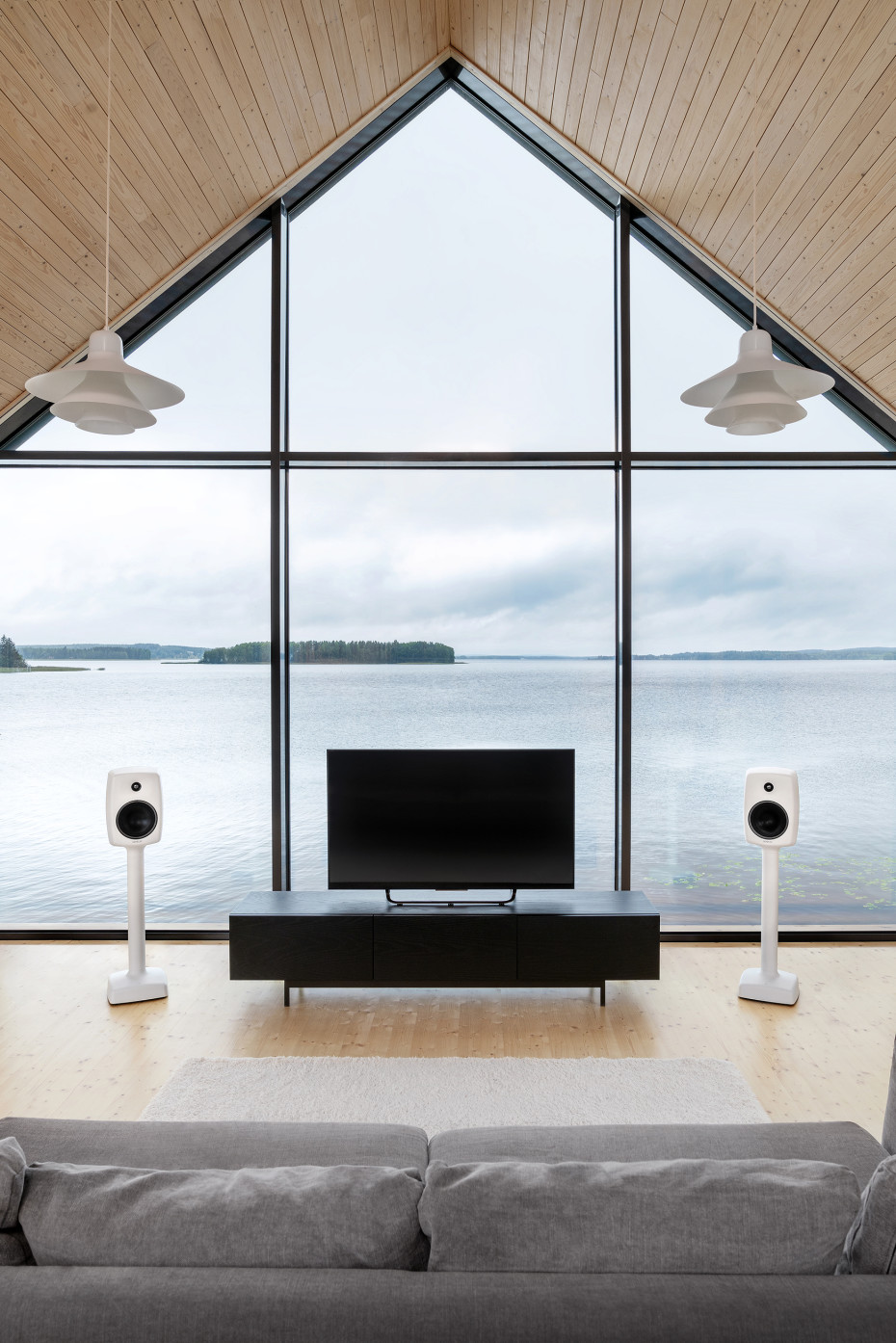